Our group has integrated analytical and computational approaches with experimental data to address several problems in cancer biology!

Heterogeneity among cellular populations appears to be an important factor complicating and impeding treatment response in solid tumors. This heterogeneity giving rise to diverse phenotypes may be explained by the cancer stem cell (CSC) hypothesis, which suggests that only a sub-population of so-called "cancer initiating cells" have the capacity for unlimited proliferation and are therefore responsible for the initiation and maintenance of tumours. However, recent experimental studies have suggested that a degree of plasticity may exist between the non-CSC and CSC compartments. The dedifferentiation of non-CSCs into CSCs may be driven, for example, by the epithelial to mesenchymal transition (EMT), a cellular differentiation program wherein epithelial cells adopt mesenchymal features.

The tumor vascular network is spatially and temporally heterogeneous, and hypoxia, acidosis and elevated interstitial fluid pressure (IFP) are characteristic features of solid tumors. We have been involved in the modeling of these essential factors of the tumor microenvironment and their interactions with associated cancer treatments. 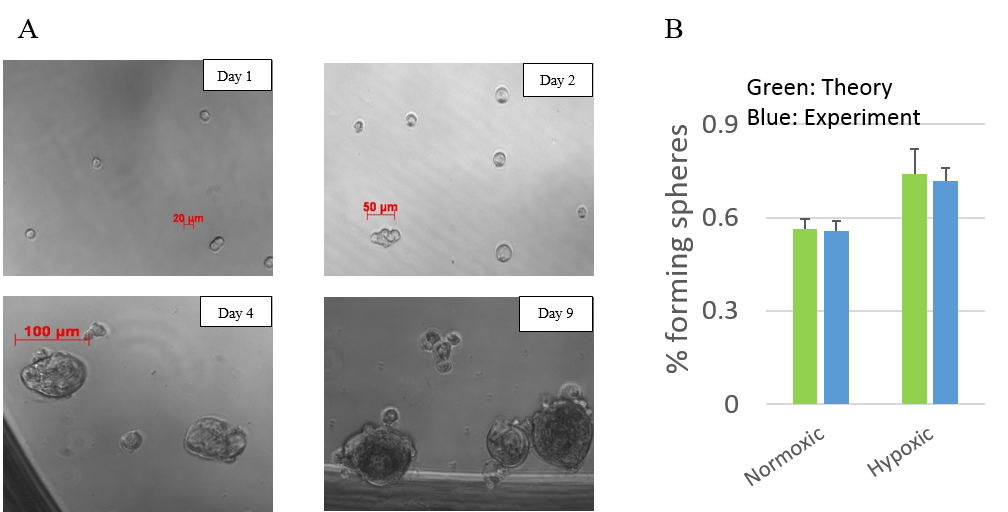 Tumors cannot grow beyond a certain size (about 1–2 mm in diameter) since they cannot procure oxygen and other essential nutrients through the simple process of diffusion. Angiogenesis, the formation of blood vessels from pre-existing vessels, is a crucial and observed step, through which a tumor obtains its own blood supply. Our group has been actively involved in the application of quantitative approaches to study combination therapies to treat cancers. This includes combinations such as anti-angiogenic and cytotoxic therapies (using both standard and nano-scale delivery systems). 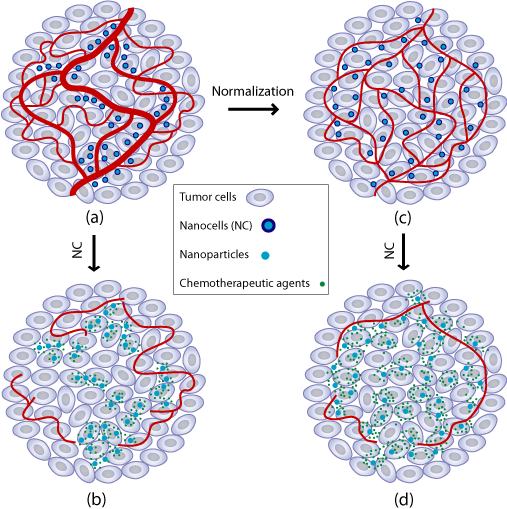 Administration of drugs in nanoparticles has resulted in many advantages over direct administrations of free agents. Our group is interested in the application of quantitative approaches to nano-scale systems. The research activities include: (1) The combination of cancer treatments, such as cytotoxic therapies and antiangiogenic agents, using nano-delivery systems. (2) Drug delivery through the skin.

Advances in radiation therapy techniques have significantly improved the survival rate of cancer patients over the past two decades. However, this has come at the cost of some long term side effects as a result of the treatment. One significant concern for cancer survivors is the risk of developing a second primary tumor at later stages in their lives. Radiation therapy is believed to be one of the major instigators of second primary tumors. Radiotherapy patients receive high doses of radiation in the proximal organs of the tumor and low doses farther away from the tumor. The risk of second cancers also increases with higher drug doses (both chemotherapy and radiation), dose-intensity and longer treatment times. It is of great importance to know the risk for a patient of developing a second cancer which could have been caused by the initial radiation treatment. Our main focus here is to estimate the second cancer incidence risk over time through the development of radiobiological and mathematical models.

Our group is interested to apply various evolutionary tools to problems in cancer biology. The research activities include evolutionary progression of cancer, the effects of tumor microenvironment on spatial domain and phenotypic complexities in stem cell hierarchy during tumorigenesis.